The National Council of Provinces (NCOP) passed the Division of Revenue Bill, Employment Equity Amendment Bill and the Compensation for Occupational Injuries and Diseases Amendment Bill during its virtual sitting on Tuesday.

The Division of Revenue Bill was passed by the National Assembly (NA) in March this year and was sent to the NCOP for consideration.

The bill provides for equitable division of funds raised nationally among the national, provincial and local spheres of government for a particular financial year.

It also determines each province’s fair share of the provincial share of revenue and any other allocations to provinces, local governments or municipalities from the national government’s revenue share.

The Employment Equity Amendment Bill was approved by the National Assembly in September 2021 and was sent to the NCOP for concurrence.

The bill seeks to amend the Employment Equity Act, 1998, and empower the Minister of Employment and Labour to determine sectoral numerical targets.

Parliamentary spokesperson, Moloto Mothapo, said the numerical targets seek to ensure the equitable representation of suitably qualified people from designated groups, including Blacks, women and people with disabilities at all occupational levels in the workforce.

“It also seeks to enhance the administration of the act, including the implementation of Section 53, which provides for the issuing of a certificate by the Minister, confirming an employer’s compliance with Chapter II, or Chapters II and III of the act, as the case may be, concerning the conclusion of State contracts.

“The bill also aims to remove the requirement for psychological testing and similar assessments of employees to be certified by the Health Professions Council of South Africa (HPCSA) and to remove a provision empowering non-designated employers to notify the Director-General of the Department of Labour that they intend to voluntarily comply with Chapter III of the Act,” Mothapo explained.

The Compensation for Occupational Injuries and Diseases Amendment Bill was also approved by the National Assembly in September last year and sent to the NCOP for concurrence.

The bill seeks to amend the Compensation for Occupational Injuries and Diseases Act, 1993, by amending and repealing specific definitions and sections.

“The NCOP has passed the bill with proposed amendments. It will be sent back to the NA for concurrence,” Mothapo said.

The Division of Revenue and the Employment Equity Amendment Bills will be sent to President Cyril Ramaphosa for approval. –​ SAnews.gov.za 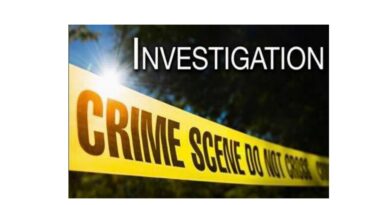 Driver arrested for culpable homicide and drunken driving in Kariega 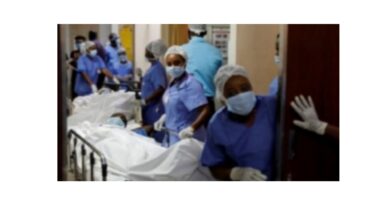 Most people in hospitals are unvaccinated, as Gauteng enters the 4th wave