In 34 out of 54 African countries; PRIDE, or what it means to many LGBTQ+ Africans, is illegal- and in some, punishable by death.

On the 13th of October in 1990, South Africa’s first Lesbian and Gay Pride march was held in Johannesburg. It was the first Pride march on the African continent, which is why South Africa celebrated PRIDE day on this day; the 13th of October. This was a significant undertaking and not without risk for the 800 or so people who participated.  It was South Africa before democracy and homosexuality was still illegal. This ground-breaking event was inclusive and was also a protest against Apartheid.

After 3 decades, Johannesburg PRIDE remains one of the only legal Pride marches in Africa, desperate for representation.

Young LGBTIQ+ people are still facing challenges in a post-Apartheid South Africa, there is still much improvement to do. Just as the youth of 1976 rose up against a system which oppressed them, young queer people need to rise up against the oppression many still face today.

South Africa Pride Day was celebrated two days after National Coming Out Day which is an annual LGBT+ awareness day observed to support lesbian, gay, bisexual and transgender and non-binary people in “coming out of the closet”. Pride SA (Pride of Africa) is celebrated to liberate every LGBTQ+ person across Africa so they can  live their most AUTHENTIC life. The day aims to disrupt the status quo through elevating and amplifying PRIDE from an event to an inclusive continent-wide community platform. It aims to raise awareness about the LGBTQ+ community and to ensure that the LGBTQ+ community is included in the Global drive for equality.

Pride of Africa celebrations have been postponed due to COVID-19.

Johannesburg Pride is an open invitation for all to come and take a stride for Pride and stand for self-acceptance including legal rights.

Eastern Cape teenager to represent the SA in Kenya next month 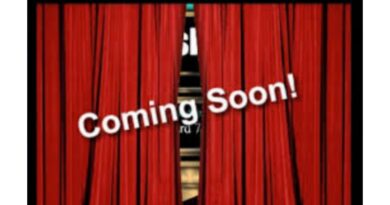