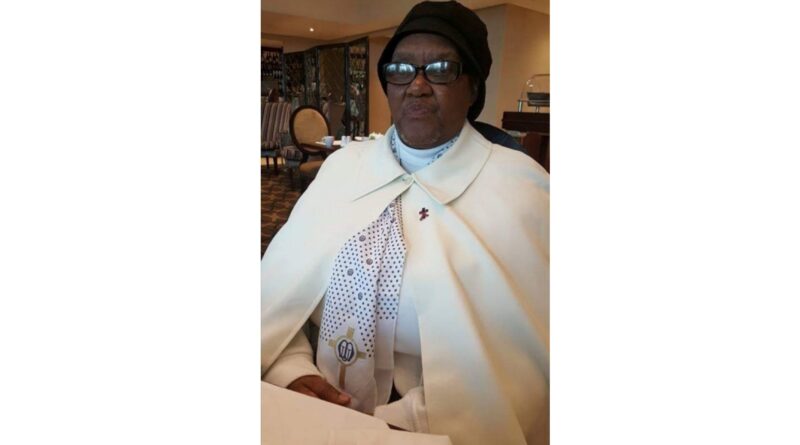 On the 29th of October 2021, we were all looking forward to your 84th birthday. It was easy for us to expect you to be 120 years, as you have said over and over that uzawuhlangabezana noJesus. Little did we know God had other plans.

They were led by Mbhele from ku Qoboqobo (iinkulu ka Khokho Simon Mashologu) to Mvenyane, who gave birth to their first born Nokuzola Constance Mashologu. She later on in the 60s married, the late Rev Dalindyebo Mtimde in December 1960 and they were blessed with 4 children: Nandi, Menzi, Lumko and Mphumzi. Sadly Nandi and Mphumzi went to be with the Lord,  breaking our hearts living Menzi and Lumko. She is living behind her oldest son Menzi, Lumko, grandchildren, great grandchildren, her 3 sisters and a brother.

The daughter of Qoboqobo (Kieskamahoek) e Mnyameni kwaMbhele uMashologu grew up in Upper Mvenyane,  worked as a Nurse,  taught in Katlehong, Kokstad and Mvenyane. She was a member of NEUSA and later SADTU. She retired and enjoyed being cared to by her children and grandchildren.

MaMbhele has been the strong force behind us and many she nursed, taught and led in the Mothers Union (Anglican Church). We are where we are today because of her. MaMbhele imbokodo, principled woman with intergrity, always willing to help beyond her comfort zone. Mama was selfless and always put her family first and was always there for us. She never shied away from her responsibilities. In a crisis, when we needed one person, without a doubt Mama would do.

She trained for nursing in Livingstone Port Elizabeth. She passed her PH 1 and 2 at St Matthew’s (eMthwaku). When going to Mthwaku, her father asked the “then boy from Tyiweni village”, the  late Reverend Dalindyebo “Mde ngentonga” Mtimde to go with her to Mthwaku and take care of her. Little did he know Rev Mtimde saw a bride in her. She then went to train for nursing at Livingstone in Port Elizabeth. She was surprised when the Mtimde family sent the uncles to ask for her hand in marriage. She got married to Mtimde crying, as she thought she was still young. She, at all times said it proudly that yena wacelwa ngoomalume zange abonwe sekeme esinkini. She was still doing her 3rd year. In her own words “Wamukulwa wasiwa eGoli” Katlehong, where the Mtimde stayed. She secretly got a teaching post a school in Ncala Section, Katlehong, now Ekurhuleni.

She also did teach in Kokstad, St Francis. The family then moved to Mvenyane. In Mvenyane, she excelled in her leadership. She led the girl guides and took those girls and treated them like her own daughters, shouting at them (not wanting what she referred to as Rodolozi) and reminding them uba yena uyintombi kaShocks.  In her girl guides days, we all enjoyed her “kissie me” meal, where meat veggies and rice were mixed. She loved needlework and was responsible for many Mvenyane women sowing today. She was an executive in the Needlework community. She was a specialist in home economics and needle work + physical science to a lesser degree English.

To us, her children, she was not just a mother, during the day, she was our teacher and there was no treating us differently to other learners, we all got the beating same way and at night she changed to be a mother. She was our mentor and leader. She says i used to contest her physical science lessons in class, as a result, she had to thoroughly prepare to avoid being embarrassed by me. Of cause, i was young, i do not remember.

After they retired to our surprise, they went to pastor the St Phillips Church  eUpper Mvenyane, where she led the Mother’s Union. She went on to lead other Pastor’s wives as she served in the executive and was appointed the President of the Mother’s Union.

She was a staunch Christian, who attended conferences of different denominations all over the country. It took her long to accept that she was growing old.

As we were planning to celebrate in December 2011, their 50 years in marriage, her husband, our father passed away after voting for the ANC in the May 2011 Local Government Elections. Mom was never strong since then, she wanted to go join her husband in Heaven. She frequented Port Shepstone and Matatiele Private Hospitals until we decided to relocate her to Johannesburg. We had to come back home from time to time as she always reminded us that her husband is in Mvenyane. As a strong Bhele woman, she held on for 10 years, from 2011 until 2021.

She, up to her last day of walking walked fast, demanded fast action in anything one does. You should have seen her stand up like a sixteen year old. She still took care of herself until July 2021 when she was attacked by a stroke. She was in hospital for just less than two months and was discharged on the 25th of September 2021. Without any drama, peacefully on her last day, she went to be with the Lord on the 28th of September 2021 just a month before her 84th birthday.

Thanks to all those who supported her at Mvenyane, Matatiele, Mthatha, Qoboqobo, Klerksdorp, Tshwane, Johannesburg, etc. until her last day. 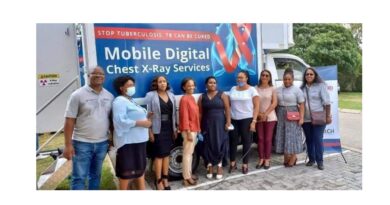 THE FIGHT AGAINST TB GETS A SHOT IN THE ARM