“…it also kills a democratic space within the country”

This week the Zimbabwe Electoral Commission (ZEC) has refused to recognise Nelson Chamisa led Movement for Democratic Change (MDC Alliance) at a meeting convened by the independent electoral board, claiming that the name belongs to the other faction (MDC – T-svangirai) led by Douglas Mwonzora.

“It is very shocking news to not  only the political party involved but to also the citizens of Zimbabwe, to find out that ZEC has started this system of selecting political parties like what they have done  that MDC Alliance is not supposed to attend it’s meetings because it does not recognise it due to a conflict of factions within the mdc.

“As it stands ZEC is not in a position to exactly know what to do with MDC Alliance, it also kills a democratic space within the country, because the two factions issue of the name is not in any court at all, it is only the leadership wrangled that is currently being fought for,” said NERA chairperson Joelson Mugari.

Mugari also implicates the ruling party claiming that it has captured ZEC. He said, “it shows that ZANU PF has manufactured its own political party the MDC-T.

“As Nera we feel so disappointed in such decisions by ZEC, this is why we always and are always fighting for ZEC to be a free and independent board.”

NERA suggested that the electoral board should have been neutral in dealing with the issue and said it is not supposed to take orders from any ministry except for the house of assembly. “Zec should have allowed the two to be in or expel both of them out of the meeting not to take sides, to our surprise, ZEC has the audacity, capacity and power to screen the political parties to interact with and to take as stakeholders.

“ZEC is willing to take instructions from high offices and authorities, which ones! There is no any other high offices above the independent board, ZEC is not even supposed to be under the Ministry of Justice, Legal and Parliamentary Affairs or any other except for parliament,” he added.

Explaining the position of NERA, Mugari told NTU News Zimbabwe that “we really think that the electoral reforms are of great importance before any election is carried out in this country because with this situation on the ground, we are not going anywhere as citizens and as a country.”

In reaction to this, the National Electoral Reforms Agenda has called upon citizens to join and partake its electoral reforms campaign and said it is mobilizing resources including human capital.

However, Joelson Mugari said he is leading a fearless team of leaders who were also behind the organization campaigning programs in 2015 and 2016. 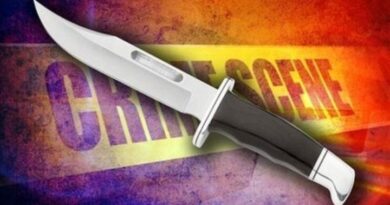 Man stabbed at shebeen dies in the hospital 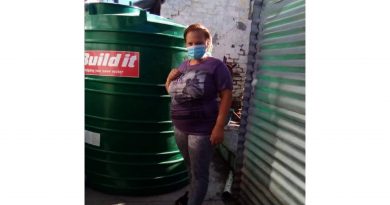