The Ngqushwa Municipality is facing allegations of fraud and corruption in their tender processes. This comes after the Sheriff confiscated cars, computers and other municipal equipment Monday afternoon September 6 after images were shared by the Nqushwa Business Forum on Facebook.

“They were confiscated due to the municipality not paying for legal costs to a Grahamstown high court judgement the ECBCF won against them for flouting tender processes” said anonymous of the Nqushwa Business Forum.

The allegations include non-payment of legal fees in a high court case in which a company called the Eastern Cape Black Contractors Forum (ECBCF) won against the Nqushwa Municipality and its tender process.

According to a statement from Mr. Khwezi, chairperson of ECBCF, he said that people had twice received tenders and the magistrate’s court ordered the municipality to reverse the tender process, but the municipality still opposed the court’s decision.

“We at ECBCF wanted the Municipality to show us how the companies awarded the tenders were awarded because they did not deserve them, and among them were affiliates with tenders and the Municipality disregarded the court order to change the tender process,” said Mr. Khwezi.

In other news from the Nqushwa Municipality is that residents of Hamburg and the Emthonjeni Lodge and the Conference Centre in the municipality have been facing water cuts in recent months which is damaging to the local tourism businesses and households in the area.

The Nqushwa Municipal Manager, Ndoda Mgengo, allegedly tried to evict the tender lessee, Nolubabalo Babsi Mcinga, of Emthonjeni Lodge and its occupants in Hamburg on Friday, September 3, and tried again on September 4 without a court order. Mcinga has since referred the matter to her legal representative.

Meanwhile, the case by the Eastern Cape Black Contractors Forum (ECBCF) against the municipality was heard in the High Court in Grahamstown (Makahanda) in March 2021, where a high court ruling required the Municipality to reverse the tender processes and start advertising the tenders afresh. 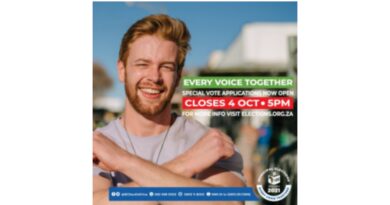 Apply for your special vote now 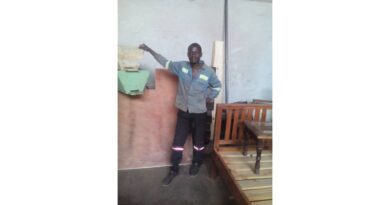 Vengai Chimbudzi: With beekeeping project you can make money from home

Bob-Manuel Udokwu has been sworn in as the Special Advisor