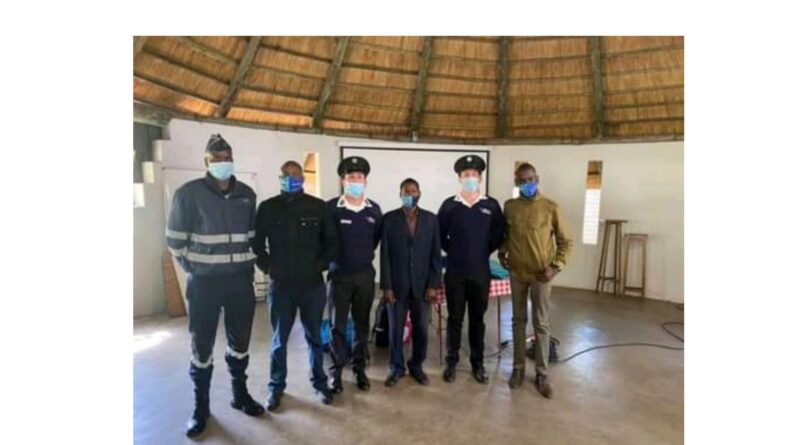 The founder of Sunrise Sign Language Academy (SSLA) said a lot needs to be done to educate communities on the importance of accommodating and involving the deaf people in their local activities and his organization is trying to bridge the gap that comes with lack of communication skills which becomes a major cause of such challenges.

Speaking to NTU News Zimbabwe Douglas Mapeta said, “Communities are still not accepting children with hearing impairment possibly through barriers to communication which is one of the major challenges faced by deaf people and that needs to be addressed for the purposes of leaving no one behind in developmental issues.”

“SSLA is going around training people in different communities but is facing transport challenges as well as computers needed to carry out the initiatives.”

SSLA has so far trained some public institutions including schools so that people with hearing impairment would easily get assistance whenever they visit as well as training the deaf mostly in remote areas so that they become well versed with national communication signs to use in their day to day lives.

“We are strategically placed to impact communities with skills in sign language interpretation and special needs awareness because many still suffer from lack of language acquisition skills.”

“Many public institutions are not conversant in sign language and we have been training some of them including government and NGOs such as the Ministry of Higher and Tertiary Education, Ministry of ICT Courier Services, Danhiko School for the handicapped (all in 2016), Ruwa National Rehabilitation, Harare Central Hospital (all in 2017) and the Parliament of Zimbabwe, Ministry of Health and Child Care, University of Zimbabwe, National Aids Council as well as National Rehabilitation Centre in Beatrice (all in 2018) among others,” explained Mapeta.

After Mapeta’s family was struck by a tragedy in July 2012 when his son accidentally fell into a boiling tin of water and spend 3 and half weeks at Parirenyatwa Central Hospital before losing life, Douglas Mapeta founded Sunrise Sign Language Academy after becoming aware of a special group of people particularly deaf children during his time of hospital visits, that he had never consciously considered, he then decided to come up with a vision to bridge the communication gap.

“SSLA can be likened to the break of a new dawn, it is coming in as a response to what is stated in the constitution of Zimbabwe chapter 1 founding provisions, section 6 on languages which recognizes sign language as an official language in Zimbabwe.

“The period l spend visiting Parirenyatwa Central Hospital I noted the communication gap between the deaf and the medical staff (doctors and nurses), l decided to enroll for Sign Language Studies in Zimbabwe same year before furthered studies 2017 in Kenya and l did Translation and Interpretation with TOLIKA COMMS Zimbabwe.

“I as well did Special Needs Education which l am still pursuing,” said Mapeta.

GC certified KID COACH Douglas Mapeta’s Sunrise Sign Language Academy is playing an important role during this Covid-19 era by doing some awareness programs translated in sign language targeting the deaf community on national television and social media network platforms but is facing some financial challenges to further implement most of the related supportive programs and is looking for support from all sectors.

“We are appealing to the government, individuals and corporate world to support our initiatives and we are ready to continue partnering as well as assisting the government to reach out and help marginalized groups in the societies through it’s different departments and ministries so as to bridge the communication gap and support government mantra of leaving no one behind,” Mapeta concluded. 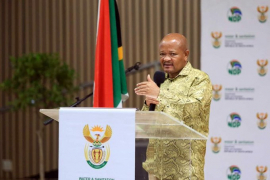