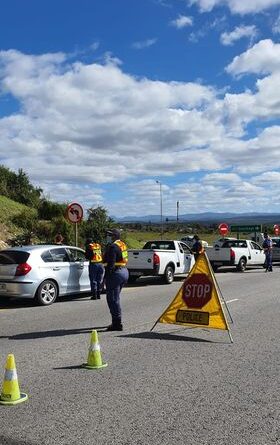 As part of the SAPS delivering on its mandate, including marking the achievements of women in policing, operations led by women (Operation Basadi) started at midnight (00:00) with detective female officers conducting operations for wanted suspects. The operation continued at 10:00 on Friday morning, 20 August 2021 in the form of roadblocks, stop-and-search exercises with special focus on illegal firearms, wanted suspects and drugs. Awareness pamphlets on gender-based violence was also distributed at various shopping malls.

The combined successes (Vispol and Detectives) achieved in the entire metro are:

On Friday, 20 August 2021, at a roadblock held on the N2 near Neptune Road in Swartkops, 4 suspects aged between 24 and 29 were arrested with suspected stolen property, a prohibited firearm, watches and a gas gun. It is alleged that the vehicle, a grey VW Polo was stopped by a female Constable and on searching the vehicle, 4 bags were found in the boot of the car. A total of 59 new cellphones as well as 7 watches and clothing were confiscated as the occupants could not reasonably account for such possession. Uitenhage K9,’ Vera’s expertise was enhanced when she reacted positively while searching the vehicle. SAPS Vehicle Crime Investigation Unit, thoroughly searched the vehicle and retrieved a 9mm pistol, a magazine, 15 rounds of ammunition, a gas gun and a gas cartridge from the air vent in the dashboard of the vehicle. The serial number of the firearm was filed off.

The total estimated value of the seized items is R128 000. The suspects are detained on charges of possession of suspected stolen property and possession of a prohibited firearm and ammunition. It is further suspected that these items may be linked to a business robbery that took place at a retail store in Port Alfred on Friday morning. 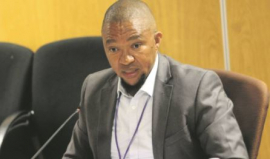 State of the Art Facility for Cofimvaba