“After 6 days of being present at the Kidds Beach R72 junction, the SAPS, the security companies and the fleet of taxis will go back to their normal lives this afternoon.

Their commitment to the security of Kidds Beach and surrounding areas is much appreciated” said Stephen Keet (Chair – KBRRA).

On July 17, a thank you ceremony was held to thank the Taxi drivers association for protecting the community from possible harm and looting this week. Organiser Pumla Kema and the community fed the taxi drivers breakfast and lunch every day that they were stationed at Kidds Beach and patrolling the area.

The incidents of violence, looting and vandalism that took place in KwaZuluNatal and Gauteng raised fears of spreading to other areas, and the residents of Kidds Beach and surrounding areas felt the fears as did others throughout the country.

Some of the fears and uncertainties were relieved when they noticed a build-up of taxis at the entrance to the village – especially when the owners and drivers announced that they were there to work with the SA Police Services and security organisations Camsec and Red Alert to prevent the spread of looting into the retail centre of Kidds Beach.

In the background, when residents and businesses realised that this was happening, there was a call to express appreciation to the people involved, especially to the taxi drivers, most of whom were foregoing their paid trips to make sure that the economy of Kidds Beach didn’t go up in flames as happened in other parts of the country.

Kidds Beach residents Pumla Kema and Ntosh Faku stepped up to the plate to collect funds and mobilise donations so that daily lunches could be offered to those who were positioned at the junction. A small team that included Michelle Wright and Jacqui Booyens helped to make sure that the operation went smoothly and donations and expenditures were recorded and accounted for.

Donations from 22 businesses and from over 100 residents were received, with generous quantities of food and refreshments provided daily to those who were stationed at the junction. Financial donations of over R9000 were made and R6000 was spent.

The unspent balance will be held in an account for future emergencies or community needs.

If ever the spirit of Ubuntu was alive in this area, it was flourishing in this little corner of South Africa. It showed that ordinary people can make a difference, especially when working together with authorities that are committed to providing the services that citizens expect. 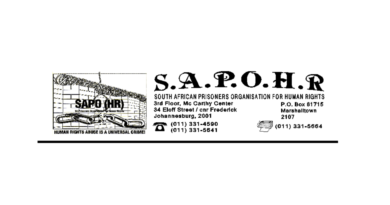