Budget estimates, sectoral allocations not aligning with the theme of 2021 budget- Uba

A development economist and Board Chairman of Amaka Chiwuike-Uba Foundation (ACUF), Dr. Chiwuike Uba, has picked holes in the 2021 budget, saying that the estimates and sectoral allocations do not align with the theme of the budget as “it lacks the potential to lead to economic recovery and resilience”.

In a statement he signed and made available to the media in Enugu on Sunday, Dr. Uba said that the decision by the National Assembly to increase the budget from N13.08 trillion to N13.58 trillion (a 3.9% increase) has once again, exposed the weaknesses inherent in the legal framework for fiscal transparency in Nigeria.

He said: “The passage of the 2021 FGN’s Budget of Economic Recovery and Resilience, after 74 days of ‘intensive’ deliberations and lobbying, is commendable.

However, the decision by the national assembly to increase the budget from N13.08 trillion to N13.58 trillion (a 3.9% increase) has once again, brought to fore the weaknesses inherent in the legal framework for fiscal transparency in Nigeria.

“In addition, the budget estimates and sectoral allocations do not align with the theme of the 2021 budget. The budget lacks the potential to lead to economic recovery and resilience. The allocations to key social and economic sectors are too poor to jumpstart or reposition the economy on a recovery trajectory.

“The budget deficit of 3.64% of GDP is also above the 3% threshold set by the Fiscal Responsibility Law. In addition to the weaknesses occasioned by the non-specificity of the power of the legislature to increase the budget presented by the executive, the principle of transparency and accountability in governance are impaired. This is even more worrisome when the citizens are rarely and/or inadequately consulted and/or engaged in budget planning, implementation, monitoring, and evaluation.

In most cases, the national and subnational budgets do not adequately reflect the expectations and aspirations of the citizens.

“Some of the budget parameters are realistic, while a greater percentage of the parameters/ estimates are overtly too ambitious and unrealistic. The oil price benchmark and oil production output are realizable.

More so, given the increasing cost of goods and services, the current inflation rate of over 14% is expected to be on the rise till sometime in June 2021. Therefore, even before the implementation commencement, the 2021 budget is already having credibility issues.”

He added: “The revenue projection of N8.3 trillion is unrealistic given the previous years’ revenue performances. Since 2015, the actual revenue of the federal government has only increased from N3.24tn in 2015 to N3.86tn as of 2019, representing an increase of less than 20%. On the other hand, public debts and unfunded deficits have witnessed a steady increase.

“This situation is made worse with the increasing cost of governance. The recurrent expenditure has continued to increase despite the hardship many Nigerians are subjected to by the government. Almost 50% of Nigeria’s 2021 budget will be spent by less than 0.2% of the population. When subjected to further scrutiny and analysis, the amount for recurrent expenditure may even be more, due to classification issues, or, administrative budget manipulations, or smartly inserted frivolous items as part of capital expenditures.

In addition to over N200bn frivolous items in the initial budget presented by the President to NASS, items such as the purchase of catering materials, computers, purchase of office buildings among others are still included in the 2021 budget. Unfortunately, some of the items classified as capital expenditures do not have any direct impact on the citizens. Economic recovery and resilience cannot happen in such an environment.

“The FGN’s proposed sale of some of the national assets is not the solution to the revenue challenges facing the country. What happens when all the national assets are completed sold? Nobody solves fundamental and structural problems with a knee-jerk approach.

It is the same reason the increase in budgetary allocations to defense and security has not solved Nigeria’s security challenges. In fact, evidence shows that the more money that is expended on defense, the more insecurity in Nigeria. Obviously, we misconstrue spending as budget performance. Nigeria’s annual real budget performance is less than 30% when it is evaluated on the basis of value for money and cost-benefit analysis (including outcome and impact).”

Furthermore, he said: “Achieving the objectives of the 2021 budget of economic recovery and resilience require real investment in key infrastructures, health, education, and other key economic and social sectors.

Infrastructure financing through the Public-Private Partnership (PPP) vehicle as well as CBN’s funding to targeted sectors needs to be deepened. Instead of giving small amounts of money as grants/loans to millions of Nigerians, it is important to identify, at least, two key businesses/ entrepreneurs, with the capacity to scale up and employ more people in each State and fund their businesses, accordingly. Seventy-two big and solid corporations in each State are better than the millions of businesses funded by the CBN without any impact on the economy. Economic recovery and resilience require big and bold decisions.

“Economic recovery and resilience can only be guaranteed when there are enough good jobs to provide and maintain a standard of living. Unemployment and lack of education are some of the key drivers of insecurity in Nigeria. Therefore, part of the monies appropriated to defense should be rechanneled to education and employment creation initiatives.

While technology and innovation-based economic development are needed to diversify the economy, vertical and horizontal communication, collaboration, and consultation between the different levels of national and subnational governments on one hand, and between the MDAs, on the other hand, are needed.”

He added: “States and/or regions are the main economic drivers. It is, therefore, important to use the States as economic building blocks to build a stronger, more resilient national economy. Currently, there are multiplicities of duplicated projects across the States, leading to wastages.

The governments need to engage in more targeted economic development, which involves conducting a reality-based assessment of a State’s strengths and potentials to determine the costs and benefits of interventions. Nepotism at all levels should be discouraged and discontinued as we work to recover the economy and build a resilient economy.

“Finally, education and training is an important aspect of economic recovery and resilience. To this end, it is important to increase education funding to power the future, as universities and other institutions begin to build linkages with the industries and other private sector organizations. Economic recovery and resilience cannot happen if the costs of governance continue to rise annually.

Citizens can only become part of this process, if and only if, they see the commitment and sacrifices of those in government. Nigeria needs everybody to salvage the economy, going forward.” 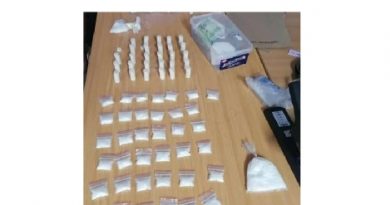