Scores of mourners attended the funeral of Inathi Abukwe Mhlahlo in NU10 Mdantsane on Wednesday 4th. The 6-year-old was found in NU8 bushes having been raped and violently killed.

Mabuyane, who apologised on behalf of the masses at the funeral for not adhering to Covid-19 regulations’ social distancing rule because of the weather and large numbers of people flocked in tents, said rapists should be regarded as outcasts of society.

He emphasised that a different approach needed to be implemented urgently to prevent these kind of crimes happening, adding that offenders be harshly punished within the legal framework.

Mabuyane, seemingly not in support of some of the country’s laws, acknowledged that it’s the lenient punishment rendered towards the perpetrators that leads to repeated offences of this nature. He called for the street committees (from Dr Sebe’s reign in Ciskei) to be revived and work hand-in-hand with police in restraining these bad habits.

ANC Women’s league’s Mrs Fanta, like almost every speaker on the program, blamed drugs and alcohol abuse as the main reason for the gender based violence.

She also urged all men to show parenthood, and that no children must be raised by their mothers alone. Mrs Fanta told the mourners that denying a child, as a father also leads to abnormal behaviour from that particular child.

The unanswered question stands “Why are you doing this to us, men?” There were, at the women dominated funeral, however, organised men groups wearing attire displaying mercy, anger and disappointment. Real men that are distancing themselves and calling for an urgent stop on these misconducts.

School teachers for pre-school and primary, Nozipho Goci and Thelekiwe Kabana respectively, said Inathi was very neat, respectful and had a bright future ahead. They said that her mother was timeously accompanying her lovely daughter to and from school.

Speaking on behalf of the Mhlahlo family, Miss Bakama expressed special gratitude to the NU8 neighbours and community members for the tremendous support they gave the family. They’re also very delighted by the huge support from the EC and the entire country.

The EC premier promised to build a protected and decent house for Inathi’s mother, who is currently living in a shack.

BCM Switching on of the Lights 2021 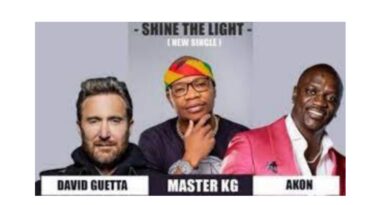