On Tuesday 3 November, the Bhisho High Court convicted Malibongwe Ncokolo (45) on two counts of murder, 18 counts of rape, and attempted rape. He will be sentenced later today.

He committed these crimes in the East London and Mdantsane areas from 2014 to 2017. The youngest of his victims was 11 years old at the time of the crime.

Judge Igna Stretch acquitted Ncokolo for the murder of Thulisa Ndika, because her body was never found. She also cautioned against attaching too much weight to her school bag being found among the decomposed bodies of Bongiwe Matoyo (25) and Lindi Malote (19).

Ncokolo was further acquitted on charges of assault with intent to do grievous bodily harm.

Ncokolo, a rape convict had been released on parole from prison during February 2014 when he commenced his reign of terror. From September 2014 to 31 May 2017, he raped young females aged between 11 and 29 in Mdantsane, Scenery Park and East London.

NPA Regional spokesperson for the Eastern Cape Anelisa Ngcakani said Judge Stretch further found Ncokolo guilty of four counts of assault and two counts of theft; crimes which he committed during the rapes.

Ncokolo used the same method of operation to capture his rape victims – he would lie in wait at secluded areas and would grab and threaten with a knife young females who were walking alone most of the time.

He assaulted seven of his victims and strangled eight. He killed two, Matoyo and Malote. The two went missing on 01 and 15 May 2017, respectively.

The surviving victims were unable to identify him as he was unknown to them.

Police had a breakthrough when Ncokolo raped a 14-year-old girl on 31 May 2017 in Unit 6, Mdantsane. She was coming from school when he accosted her. She managed to escape after he raped her, strangled her and was trying to drag her deeper into the bushes.

Members of the community heard her screams and came to her rescue. As they were searching for her attacker they discovered two decomposed female bodies in the bushes.

One was completely naked and the other was half naked and only had school clothes on the upper half of her body. These were the bodies of Matoyo and Malote.

Members of a task team consisting of various police units including the Mdantsane NU1 detectives and members of Family Violence, Child Protection and Sexual Offences unit arrested Ncokolo a week later. They found in his possession the cell-phone of the young girl that he raped on 31 May 2017. DNA evidence linked Ncokolo to the other offences.

Prosecutor, Advocate Deolin Willemse, during judgement proceedings argued that Ncokolo should be convicted on the basis of overwhelming circumstantial evidence which included the DNA and striking similarities between the attacks.

“The bodies were found so close to one another in the same bush, less than 15 metres apart and both naked, having disappeared within two weeks of one another. The only reasonable inference is that the accused killed both deceased persons, taking into account the fact that he was linked to the rape of the third surviving victim in the same area,” he said. 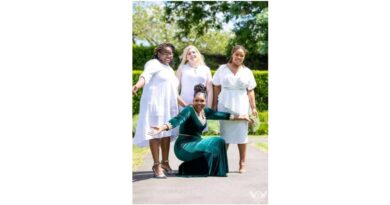 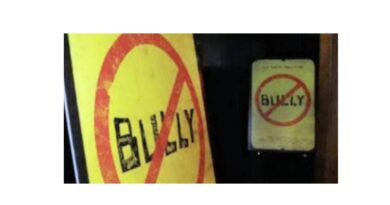 PUPIL ATTEMPTS SUICIDE AFTER ALLEGEDLY BEING BULLIED BY A TEACHER