As part of Heritage Month in South Africa, Ntu News looks to the 1800s and the role played by fearless Commander Chief Jongumsobomvu Maqoma, the son of King Ngqika.

Maqoma was the first Black African to be incarcerated at Robben Island as a leader who fought fiercely against the Colonial rulers to reclaim land from them in the Eastern Cape.

This information is from Vuyo Fani who is the Chief Executive Officer of Nkosi Jongumsobomvu Maqoma Foundation.

Fani says it took the Xhosas nine bloody and brutal wars spanning a period of over 100 years to fight forces of imperialism and to stem that tide.
“Maqoma featured in three of those wars as a capable military leader. For the sake of brevity I will refer only to one – the Eighth Frontier War (Imfazwe ka Mlanjeni) fought from 1850-1853. This is the longest war ever fought between the British military machine and any indigenous peoples of Africa. If anything it is the war that should be celebrated with pride by the entire continent, in our view,” he said.
There were more than twelve encounters made by British against Maqoma during this war and in all of them the British were convincingly outclassed and comprehensively defeated.

In the conduct of this war, Maqoma applied his famous guerrilla tactics of ambush and hit-and-run which made the use of cannons ineffective.

This stunned and frustrated experienced and well trained British officers.

The British soldiers at some stage were so demoralised to the extent that they mutinied and refused to fight saying “we won’t go up that mountain again only to be slaughtered by that Barbarian Maqoma”.

Their Commander in Chief, General Sir Harry Smith, a highly decorated veteran of Napoleonic Wars, was recalled as a result and replaced by General Sir George Cathcart.

During this war the famous Colonel Thomas Fordyce, who led on the ground the 74th Highlanders was killed and Colonel Somerset, who had fought alongside Fordyce, retreated with his tail between his legs.

As a result of this incident Maqoma was referred to in his praise songs by Dr. W. B. Rubusana in his book Zemk’iikomo magwala ndini as “Ingwe ka Fuldayisi Emthontsi.”

It is a matter of public record that Maqoma is regarded by both black and white military historians (these include Soga, Rubusana, Mqhayi, Milton, Mostert and Stapleton) variously as a bold and a daring leader, a military genius, a brilliant strategist and a master tactician in the field of war.

Maqoma was as resolute in war as he was principled. This is confirmed by the fact that when he attacked the British soldiers between the town of Alice and Hogsback Mountains during the eighth frontier war and destroyed the military villages of Auckland, Worburn and Ely he killed men but saved women and children and allowed them a safe passage to Fort Hare which was then a military establishment.

This was in accordance with a well renowned Xhosa tradition of not molesting women and children during the time of peace and war even if they are your enemies but to protect them.

This is a custom that has been totally forgotten today given the disgusting statistics of violence against women and children.

After the eighth frontier war Maqoma was arrested and imprisoned on Robben Island where he died and was buried in an unmarked grave as an attempt to obliterate the memory of Maqoma and his brave deeds in the minds of his people for obvious purposes.

In 1978 after a long search, his grave was located with the aid of a woman Seer by the name of Nomantombi Charity Sonandi.

This remarkable achievement enabled his remains to be repatriated and reburied in Ntaba Ka Ndoda near King William‘s Town.

The Foundation is now involved in a project with Elundini Local Municipality and the Department of Arts Sports and Culture to remember Nomatombi Charity Sonandi by erecting a memorial in her honour at the place of her birth in Ugie where she lies buried without accolades testifying to her great achievement.

He was a prominent leader of his people who did not hesitate to sacrifice his life in fighting selflessly for the rights and freedom of his countrymen against terrible odds.

It is worth noting that Maqoma was imprisoned twice on Robben Island and on both occasions the cause he was fighting for was the protection of the independence, dignity and rights of his people to land which were being violated by the British expansionist and imperialists.

His people rallied around him and were inspired by his resolve and commitment to a noble cause.

Fani mentioned the fact that a lot can be learned from his leadership which was characterised by humility, justice and undying love of his country.
“We as the Foundation are proud to be associated with his legacy. It is a mandate we shall carry out with dignity, honour and humility befitting the character of Nkosi Jongumsobomvu Maqoma,” he said. 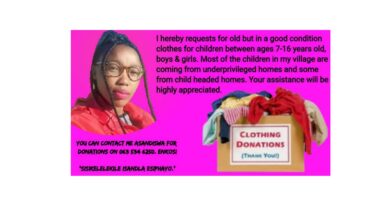 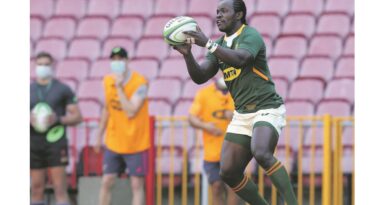 Yaw Penxe rise to Springbok selection is a story of inspiration! 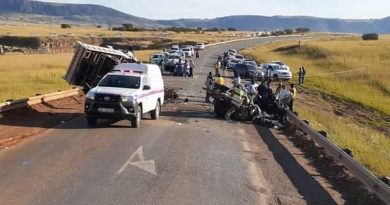