East London based music ensemble, Can of Worms, are set to drop their debut single titled ‘Titambe’ which means let’s dance in Shona will be live at the Arts Theatre on August 29. Earlier this year the song was selected to be a part of the AfriMusic Song Contest 2020.

Their original tunes burst with creativity that draws from genres such as Afro-pop and jazz, classical, dub and progressive rock.

Songs will feature lyrics in both English and Shona—the native tongue of the Zimbabwean born lead singer Chido Nyamande—whose sassy, soulful vocals feed off the energy of the band during live performances.

The vibey, afro-pop track, ‘Titambe’, is a celebration of life. Watch the video of ‘Titambe’ NOW!

Tickets for their live performance costs R120 each. To catch them live you can book via email canofwormssa@gmail.com or contact Dalena 082 494 6597.  The show is at the Arts Theatre in Arcadia, East London. All COVID-19 protocols will be strictly adhered to.

‘Titambe’ will be available for purchase and streaming on major online stores from August 29.

For more information on the group you can check out their website https://www.canofworms.co.za/

SAPS on the hunt for murder Suspects 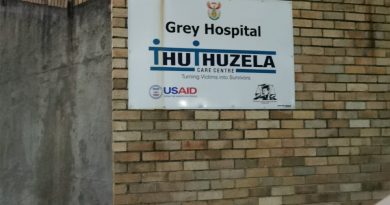