The community of Twa, Blackhill and Kubusi at Qumbu will breathe a sigh of relief after five suspects aged between 22-43 years old and suspected to be behind a reign of terror that include taking people’s stock at gunpoint, arson, illegal possession of unlicensed firearms, attempted and murder were arrested on 8 August 2020.

Members arrested 35 yrs old male suspect at Etwa Location, Sulenkama and charged him for possession of unlicensed firearm and ammunition.

A 25 yrs old male suspect was arrested after a warrant of arrest was issued on his name for attempted murder and arson.

A 39 years old male suspect was arrested and charged for arson.

A 28 years old male suspect was charged for arson.

The firearm recovered, a 9mm Norinco with a magazine loaded with six rounds of ammunition will be taken for ballistic testing to ascertain its earlier use in the commission of a crime.

“Investigation continues and more arrests are imminent,” he said.

“We cannot have a menace to society continue to threaten the lives of innocent people. This operation must continue until all involved are taken to court for their actions,” she said. 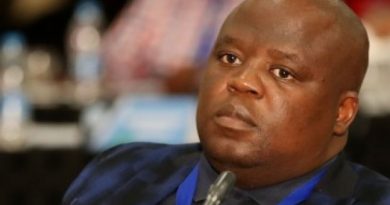 PRESIDENT TO ADDRESS THE NATION ON DEVELOPMENTS IN COVID-19 RESPONSE